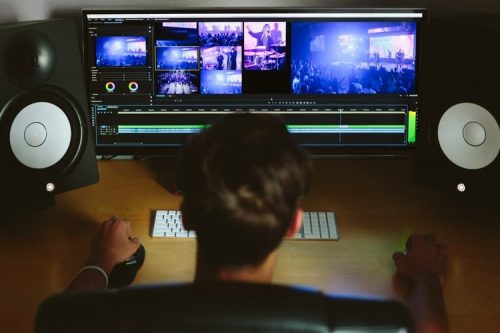 The Yamaha ATS 1080 and the YAS 108 are very similar soundbars. Despite that, not knowing the difference between the two can lead you to purchasing the wrong one and wasting your money.

So, we did a full audio test on both the Yamaha ATS 1080 vs YAS 108 to settle the debate – which is the better soundbar?

In the audio tests that we’ve conducted for this Yamaha ATS 1080 vs YAS 108 comparison, the ATS 1080 proved to be the better soundbar because of its double subwoofers.

The sound quality in the ATS 1080 was fuller and richer, which slightly makes up for the absence of a dedicated sub. Despite the boost in the lower frequencies, the soundbar doesn’t skimp on the mids and highs. The 3D surround sound support is excellent as well.

However, there are some instances when the frequency response doesn’t perform as it should. At times, the audio can also sound muffled instead of being full.

This is pretty heavy for the average soundbar and could be troublesome if you want to mount it on the wall [1]. Although it’s stable and sturdy, it would be better just to put this soundbar under your TV rather than risk it with a wall mount. 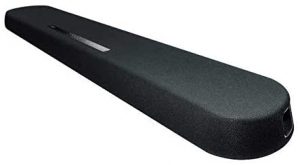 That means while they both have the same number of main drivers, the ATS 1080 has double the number of subwoofers built into the system. The YAS 108, on the other hand, sticks to just one bass channel, so there’s a significant difference in the quality of low tones on this unit.

Inputs for Both Yamaha Soundbars

The inputs on these Yamaha soundbars are the same as well. They both have analog audio, digital optical audio, HDMI input, and HDMI output. 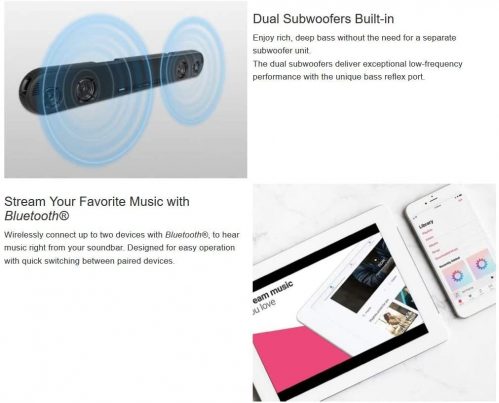 However, in our setups, the optical connection on the YAS 108 doesn’t maintain a stable connection. While we prefer using HDMI over optical, this could be a problem if you intend to use digital optical cables for long runs.

Since the ATS 1080 has two subwoofers built-in, it’s no surprise that it has better bass than the YAS 108. When it comes to movies, music, and games, the soundbar’s lower frequencies are deep, rich, and punchy. If you want to up the ante, you can also turn on the Enhanced Boost option to give the bass more toe-tapping depth.

In our books, having a dedicated subwoofer is always better than any built-in, particularly because soundbars can’t bring out the low tones like a sub can. Fortunately, you can connect a separate subwoofer to both the ATS 1080 and the YAS 108.

Enhanced dialogues are one of the things we look forward to when using a soundbar. Putting the YAS 108 vs Yamaha ATS 1080, our audio experts agree that the YAS 108 produces more precise dialogue. The Clear Voice option works great with movies, TV shows, and news, giving more pop to human voices.

HDMI ARC is present in both soundbars, meaning you can relay video signals from game consoles and Blu-rays as well. HDMI also supports a wide range of audio formats such as Dolby Digital and DTS:X, but more on this later.

What’s missing on both units is the ethernet port and the USB port for playing content on a flash drive. Then again, they’re not necessary for everyone.

Like most top soundbars today, both the ATS 1080 and the YAS 108 have Bluetooth compatibility. That means you can stream music and other content from mobile devices and tablets.

The YAS 108 has an advantage because, in our test with the ATS 1080, the 108 maintains a slightly more stable connection over a distance.

Since the ATS 1080 and the YAS 108 have the same inputs, both are relatively easy to install. Especially when you have an HDMI ARC compatible TV, it only takes one connection, and you’re done.

However, we give the edge to the ATS 1080 in this round, just because its digital optical port is faulty.

The remote is easy to use, and the Yamaha Home Theater Controller App is useful as well. It has a straightforward interface, allowing easy adjustments. However, you can’t use the app to cast music tracks to the soundbar.

Both soundbars are also compatible with Alexa, giving you the freedom to issue basic voice commands.

Overall, the sound quality is excellent for the average user. However, the configuration of the soundbar itself downmixes 5.1 surround sound to stereo. So the audio is downmixed to 2.2 for the ATS 1080, and 2.1 for the YAS 108 – still giving the ATS 1080 an advantage.

But while you can’t play object-based or lossless audio formats through HDMI ARC, you can play uncompressed 5.1 PCM through Full HDMI In.

A warranty is crucial with any gadget you buy. For both the ATS 1080 and the YAS 108, they give you a 1-year warranty.

It’s not very impressive, but it’s the same period you get for other entry-level soundbars like the Samsung HW-M360, Bose Solo 5 and the Sonos Beam.

Overall, the Yamaha ATS 1080 wins this comparison. It provides deep bass with its two subwoofers, 3D surround sound, Alexa compatibility, HDMI ARC, and outstanding overall performance. Although it has its drawbacks, it’s an excellent entry-level rig for the price. 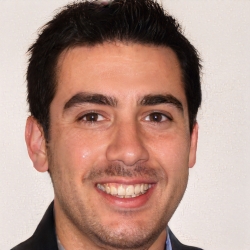